OurCities was a three-day international event investigating the future of European cities through workshops, debates and frontal presentations.

OurCities was an international event held in Florence, which placed the future of the European cities at the center of the speech. Over 30 guests met at Palazzina for 3 days between 22nd and 25th October 2015 to explore concerns of the future of OurCities through different formats, consisting of frontal presentations, open debates and a workshop to animate the spaces of the Royal Palace of Florence. The themes were derived from 3 topics – ‘hashtags’, ‘protaganists’ and ‘tools’. This research collected over 100 keywords in 4 different topics which addressed new urgencies. This project was the initial step towards the consecutive project – UrgentCity. 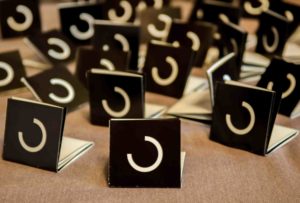 Through the first of the three queries, each participant was asked to propose 10 “hashtags”, with the aim of constructing a new collaboration of terms linked to the future of European cities. The “Hashtag” presentations involved 15 European architects lasting 20 minutes each, presented the most interesting works carried out by the guests, retracing the 10 hashtags that emerged from the first of the three questions posed during the period preceding the event. Among the participants: Francesco Lipari (OFL Architecture), BAM !, Parasite 2.0, Ljubo Georgiev (BU), Iñigo Cornago (ES), OpenSystem (UK), Wolfhouse Productions (RO) and many more. 4 open debates were carried out in parallel to analyse the themes emerging from the “hashtag”, and to collect over 100 keywords addressing new urgencies.

PluralCity was a round table that involves architects and “non-architects” to discuss the issues related to -discipline of the project, and of those that are the central roles in the definition of urban spaces. ToolCity – debate on the tools, the “tools” we have available to anticipate possible future of our cities. UrgentCity – an open debate to define “urgencies” of today and tomorrow. EvolutionCity– through which the issues addressed during the first three debates were summarised.

Who are the “protagonists” of our cities? Which professions that have or could play a relevant role in the defining of the urban spaces of the future? Through round tables, participants discussed which members of society have the most impact on decision making when it comes to issues related to the urban environment, and in which ways they are able to impact their city. 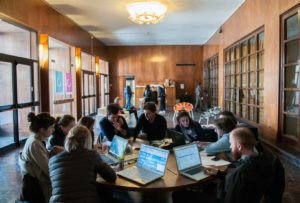 What tools to we have available to understand, define and anticipate the future of the city? Participants explored the ways in which digital tools can facilitate our understanding of how the city works in order to be able to respond to these conditions accurately. 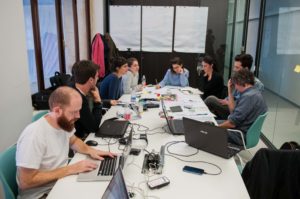 To conclude the program of activities, a workshop – open to students and new graduates from all the universities – focused on the implementation of a series of proposals related to a specific case of Florence, piazza Vittorio Veneto, a place of connection between the Cascine park and the city center. The place taken into consideration is representative for many other European cities, within which these large spaces, often underutilized but highly potent, are key points for the future development of entire urban areas. The workshop, held by the Dutch group Space & Matter and followed by Michele Ferretti, an expert in mapping and data-visualization, aims to propose a series of alternative strategies for the reactivation of this iconic place for the city ​​of Florence.